A panel from Exile by: SILENT COMICS

Quick notes before launch. SILENT COMICS is a personal attempt to simplify reading comics on screens as an alternative to cluttered webcomics.

How can you make reading comics easier?

First, let’s skip the reading part. Strip the strips of text. Remove speech bubbles. Why read comics that you can just watch?

Second, use a simple grid.

Last, don’t be afraid of decompression.

Here is how this could work: click on an image in full screen to watch. You can either use touch gesture or keyboard navigation 1. 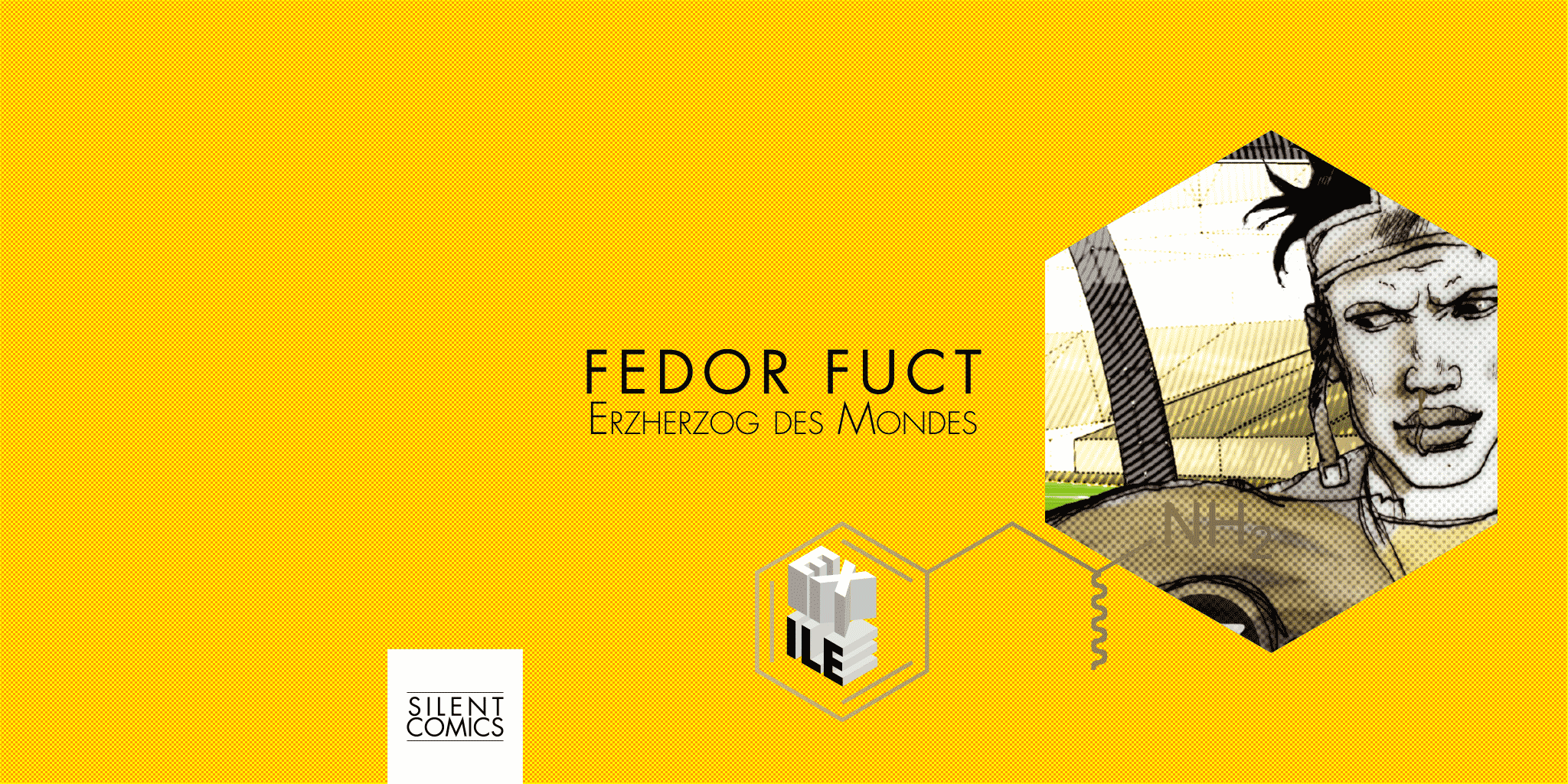 Why do we need this?

SILENT COMICS celebrate the return of a simple form, drawing inspiration from silent films as well as from the origins of the comic-book medium.

Today in the digital age, wordless comics present an opportunity to re-explore the format2 as a visual-only narrative, and revisit the roots of a genre that started with picture books, perhaps even earlier, wherever comics-strips originated from3.

Sometimes going back to definitions help us realize things were not exactly what we thought they were. In turn, the origin of a word can also inspire new ideas.

silent |ˈsʌɪlənt| adjective not making or accompanied by any sound: the wood was still and silent. • (of a person) not speaking: she fell silent for a moment. • not expressed aloud: a silent prayer. • (of a letter) written but not pronounced, e.g. b in doubt. a silent ‘h’. • (of a film) without an accompanying soundtrack. she appeared in a number of silent films. • saying or recording nothing on a particular subject: the poems are silent on the question of marriage. • (of a person) not prone to speak much; taciturn: I’m the strong, silent type. PHRASES ( as ) silent as the grave see grave. the silent majority the majority of people, regarded as holding moderate opinions but rarely expressing them. the silent treatment a stubborn refusal to talk to someone, especially after a recent argument or disagreement. DERIVATIVES silently adverb ORIGIN late 15th cent. (in the sense ‘not speaking’): from Latin silent- ‘being silent’, from the verb silere.

comic |ˈkɒmɪk| adjective causing or meant to cause laughter: a comic monologue. • relating to or in the style of comedy: a comic actor | comic drama. noun 1 a comedian. 2 a periodical containing comic strips, intended chiefly for children. • (comics) N. Amer.comic strips. ORIGIN late 16th cent.: via Latin from Greek kōmikos, from kōmos ‘revel’.

“Revel” sounds promising! Lets take a look at what it means:

revel |ˈrɛv(ə)l| verb (revels, revelling, revelled; US revels, reveling, reveled) [ no obj. ] enjoy oneself in a lively and noisy way, especially with drinking and dancing: (as noun revelling) : a night of drunken revelling. • (revel in) gain great pleasure from (a situation): Bill said he was secretly revelling in his new-found fame. noun (revels) lively and noisy enjoyment, especially with drinking and dancing. ORIGIN late Middle English: from Old French reveler ‘rise up in rebellion’, from Latin rebellare ‘to rebel’.

There is indeed a healthy association between comedy and rebellion. This shows in the history of comics, from their infancy to their heyday.

comic strip noun a sequence of drawings in boxes that tell an amusing story, typically printed in a newspaper or magazine.

Note that this definition excludes drama.

How to setup a blog with Jekyll